The health benefits of Green Tea!

Irrespective of the season or the weather, tea can be a very versatile beverage since it can be served iced or hot. But its benefits go far beyond refreshment. There is plenty of research showing that drinking tea, especially green tea can actually improve your health. Numerous studies have shown that habitual tea consumption may be considered as an overall health-promoting lifestyle behavior. Green tea is a rich source of flavonoids, bioactive compounds that can lessen oxidative stress, relieve inflammation, and provide other health benefits. So, let’s take a deeper look at how green tea can keep you healthy and strong!

One of the biggest buzz words in nutrition, antioxidants, are naturally occurring chemical compounds that prevent aging and chronic diseases. These days a variety of fruits and vegetables are lauded for their antioxidant properties, leading to a host of products with all kinds of claims. But green tea is unparalleled in comparison. Firstly, green tea is packed with exponentially more antioxidants according to the latest innovation in antioxidant research.

Basilur Fact: Did you know that antioxidants are the body’s defense agents? They are chemical compounds that prevent aging and chronic diseases. Put simply, the more you have, the better equipped your body is in the fight against infections and disease. 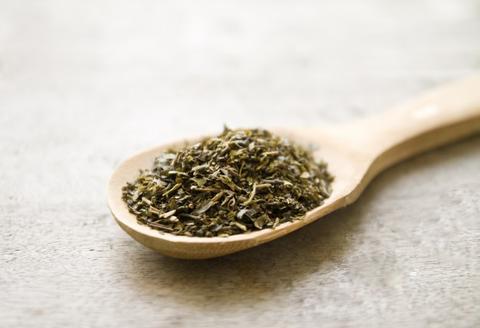 Green tea contains a unique, potent class of antioxidant known as catechins, which aren’t found in other foods. In particular, the catechin epigallocatechin gallate, EGCg, provides potent cancer-fighting properties! Most importantly, EGCg and other catechins counteract the effects of free radicals from the likes of pollution, UV rays, radiation, and chemicals, which can lead to cell and DNA damage. Since over 60% of the catechins in green tea are actually EGCg, a daily green tea regimen can help restore and preserve the body’s integral well-being and balance. 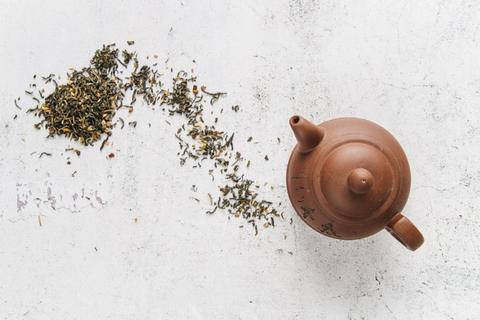 As most of us are in quarantine these days, letting go and gaining weight can be dangerously easy. Already nearly calorie free, green tea is a great addition to a weight loss program by tackling the problem from both sides. It boosts metabolism and burns fat. One recent study even suggested that green tea may help burn calories by up to four times!  At the same time, green tea does not put any stress on the body.

Did you know that over a thousand years ago, green tea came to Japan as an aid to meditation practice? During long hours of sitting, monks would drink green tea to remain alert yet calm. Modern science has recently confirmed the lessons of centuries of tradition. Green tea is rich in L-Theanine, a rare amino acid that actually promotes a state of relaxation and well-being by acting upon the brain’s functioning. While stress can induce beta waves in an excited, more agitated state, L-Theanine creates alpha waves, which lead to a state of relaxed alertness. As an additional benefit, L-Theanine may help memory and learning and ability all the while inhibiting any possible side-effects from caffeine, a natural component of green tea!

It is quite clear and proven that green tea is loaded with numerous health benefits! It is the perfect tea to give you that balance between health and refreshment, and at Basilur our tea masters have worked tirelessly to bring you a range of the finest green tea!

Newer How your cuppa changes through the seasons!
Back to list
Older The Basilur Mother’s Day Gifting Guide!